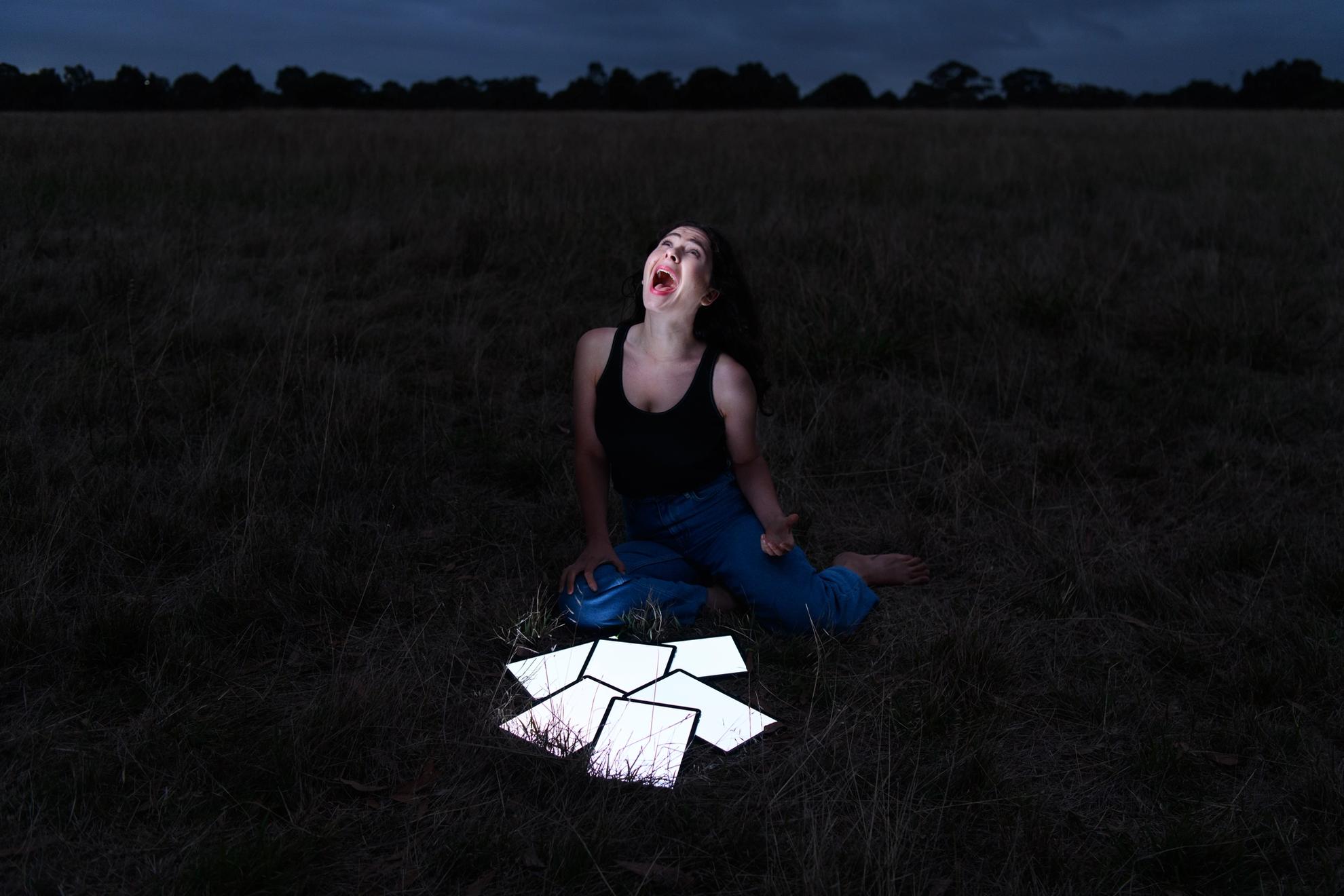 The Substation/​ Chamber Made/​ My Self in That Moment/

A live performance work for distributed voice and body.

My Self in That Moment is a new hybrid performance work for an ensemble of 49 tablets and a solo vocalist, exploring the fragmented and distributed self in the digital age.

The swiftly evolving ability to replicate, deconstruct and distribute a person’s image and voice presents a swathe of possibilities and conundrums. The edges of self are increasingly frayed as our relationship with devices and systems becomes ever more entangled, fragmenting notions of ‘me’ and ‘mine’.

Interrogating questions around identity, agency, ownership and the myriad systems that lay beneath the distribution of data, My Self in That Moment is a reflection on the voice and body and what it means to be digitally captured and archived.

“How much agency do I have of a past self that’s been funnelled through machines? How much of that is me? Well, I don’t know. I don’t know that.” — Tina Stefanou (performer).

Led by Chamber Made Artistic Director, Tamara Saulwick, with composition by Peter Knight, My Self in That Moment continues the company’s record of engaging with new forms and technologies in live performance and music. For My Self in That Moment Steve Berrick has developed a system where personal devices in the form of tablets are networked to function as a visual and sonic ensemble, opening up exciting possibilities for the spatialization of image and sound.

Featuring the recorded voices and images of three astonishing vocalist/collaborators, Jessica Aszodi, Alice Hui-Sheng Chang and Tina Stefanou, My Self in That Moment also incorporates a rich visual language developed for the piece by photographer Sarah Walker and designers Amelia Lever-Davidson and Geoffrey Watson.

This premiere season at The Substation will be performed solo by Jessica Aszodi and Tina Stefanou in alternate performances.

Duration: 50 minutes for each performance

Due to unforeseen circumstances, Tina Stefanou will not be performing on Wednesday 27 July and Thursday 28 July. Performances will still go ahead and Jessica Aszodi will be performing both the 7pm and 9pm My Self in That Moment shows.

MORE ABOUT CHAMBER MADE

Interrogating the intersections of music, sound and contemporary performance, Chamber Made creates works that speak directly to a 21st century Australia enriched by the meeting and intersection of cultures.

The company is led by Artistic Director Tamara Saulwick who, with a career spanning more than 20 years, brings to her role a deep knowledge of cross-artform collaborative practice. Saulwick specialises in creating sound-based works and collaborating with composers and musicians in cross-artform contexts.

Chamber Made is renowned for cultivating adventurous collaborations between composers, sound artists, directors, performance-makers and media artists, disrupting and rewriting conventions to discover new forms of expression. Bringing contemporary composition and performance dramaturgy together in ever-shifting forms, Chamber Made has presented over 100 performance seasons in Australia, NZ, Asia, Europe, USA and South America since it was founded in 1988.

Please note there will be no readmission once the performance has started.

Food, drink and personal photography/videography are not permitted.

Filming and photography will take place during both performances for My Self in That Moment on Friday 29 July at 7pm and 9pm.

Presented by The Substation and Chamber Made.

Commissioned by The Substation.

This work has been developed in partnership with The Substation and Experimenta, with support from The Besen Family and Playking Foundations and the Australia Council for the Arts. 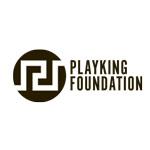